Tehreek-e-Labbaik Pakistan while talking to www.othernews.pk said that they wanted the film to be reviewed by an institution that understood the gravity of the situation. “If Council of Islamic Ideology clears the film, we are willing to accept it. If not, the content of the film obviously needed to be taken care of,” said spokesman of TLP.

The plot of ‘Zindagi Tamasha’ revolves around a ‘Naat Khwaan’ who faces ridicule and social isolation after a video of him dancing at a wedding goes viral online. The trailer for the film was first released in September. It enjoyed a generally positive public reception, but it caught the attention of TLP in particular, and not for the right reasons.

A spokesperson for the party claimed that the film was “blasphemous” and “[the film] might lead people to deviate from Islam and the Prophet.” “We brought the matter to the attention of relevant authorities,” said the spokesperson.

A complaint was filed against the film and it was reviewed again by the censor board, after having previously been cleared by all three censor boards across the country.

The film was cleared for release once again with a few cuts— as mentioned by Mr. Khoosat, scenes where “abusive” colloquial terms were used to display anger were removed— and the promotions for the film continued with a different trailer being released.

However, TLP continued to speak out against the film, even going as far as to call for rallies and protests on the day of the film’s release.

Sarmad Khoosat, who has been in the Pakistani film and television industry for two decades, penned an open letter to prime minister Imran Khan.

In his letter, he stated, “if a bearded man is to be generically called a molvi, then trust me this is/was a film about a good molvi. Please do not spread hatred and anger using the name of my Prophet.” He then went on to say that he doesn’t deem it fit to release the film under such conditions and that he doesn’t want to “disturb the peace” of his “motherland” due to protests.

In an unprecedented move, the Central Board of Film Censors then announced that they will be seeking the opinion of the Council of Islamic Ideology to determine whether the subject matter of the film is “sensitive”.
The film has already received the ‘Kim Ji-seok Award’ at the Busan International Film Festival 2019 in South Korea. However, its fate in its own country of Pakistan remains undecided, with the release being postponed until it is screened before members of the Council of Islamic Ideology. 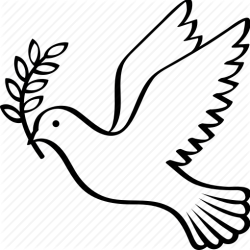 Latest posts by Shahzaib Mazhar (see all)
Spread the love